Wisdom from across the political spectrum.

Our advisors come from a wide variety of backgrounds and experiences, from former members of Congress to national movement builders to local changemakers. One thing they all have in common? A commitment to our strength as a nation over partisanship. We are actively seeking to add additional diverse perspectives as we continue to work with new advisors. 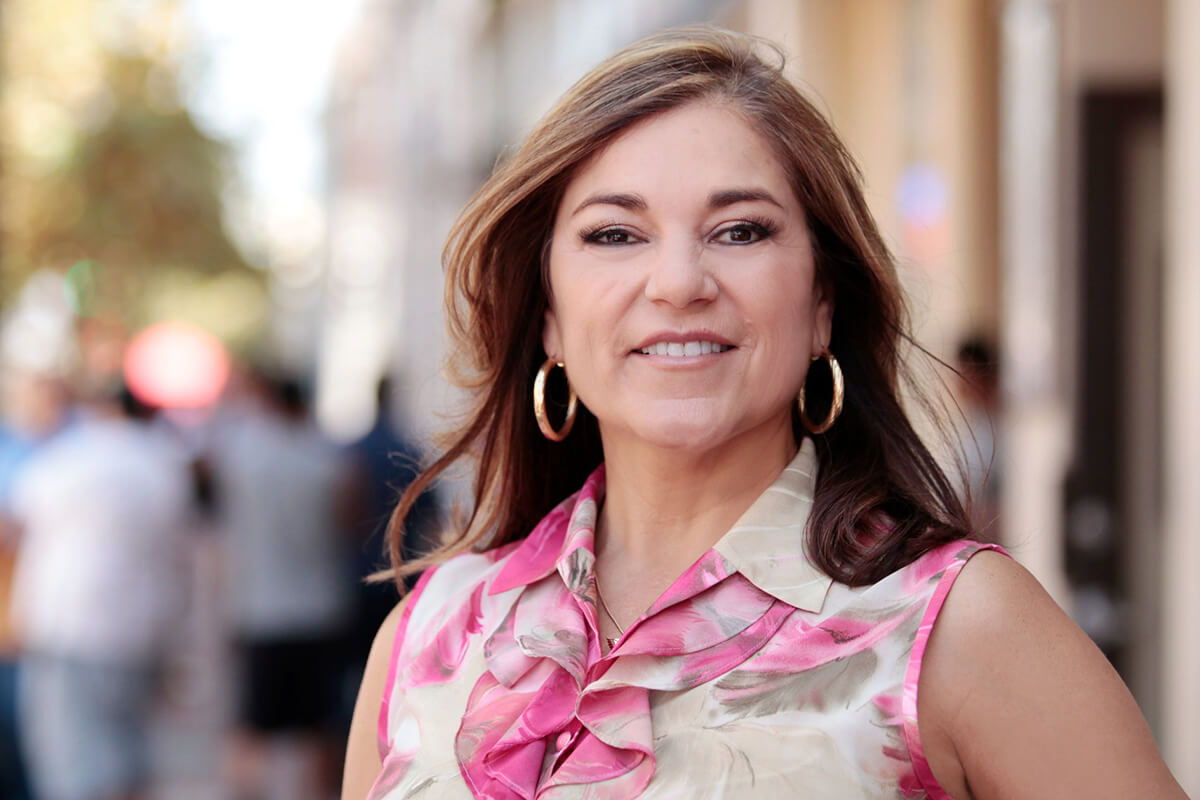 In 1996 Loretta Sanchez won election to the United States House of Representatives—her first political office—by toppling a polarizing, longtime incumbent. During her 20-year tenure in the House, Sanchez was an advocate for women in the military and specialized in national security policy, rising to become one of the most senior Democrats on two influential committees—Armed Services and Homeland Security. In 2003, after her sister Linda won election to the House, the two became the first sisters to serve in Congress.

Sanchez graduated from Katella High School in Anaheim and went to college at Chapman University in Orange, California, where she earned a BS in economics in 1982. Two years later, Sanchez earned an MBA from American University in Washington, DC. From 1984 to 1987, she worked as a special projects manager at the Orange County transportation authority. Sanchez then entered the private sector in the investment banking industry and, later, worked as a strategist at a leading consulting company. She married Jack Einwechter, a retired U.S. Army colonel, in 2011.

Sanchez had started out as a registered Republican and fiscal conservative, but she broke with the GOP in 1992, believing the party had marginalized immigrants and women. She was also a member of Democratic Blue Dog Caucus, which sought limited and targeted spending. She pushed for a major overhaul of the Internal Revenue Service, and supported pay-as-you-go requirements and other deficit reductions. She was one of roughly 60 Democrats who opposed the taxpayer funded Troubled Asset Relief Program which bailed out the banks during the economic meltdown in the summer of 2008. But Sanchez also believed the federal government had a beneficial role to play in everyday life, particularly in education. As a former student in the Head Start program, Sanchez vowed to make federally funded education programs available to low-income children. She also authored legislation to encourage tax-free bonds to raise money to build and renovate schools. 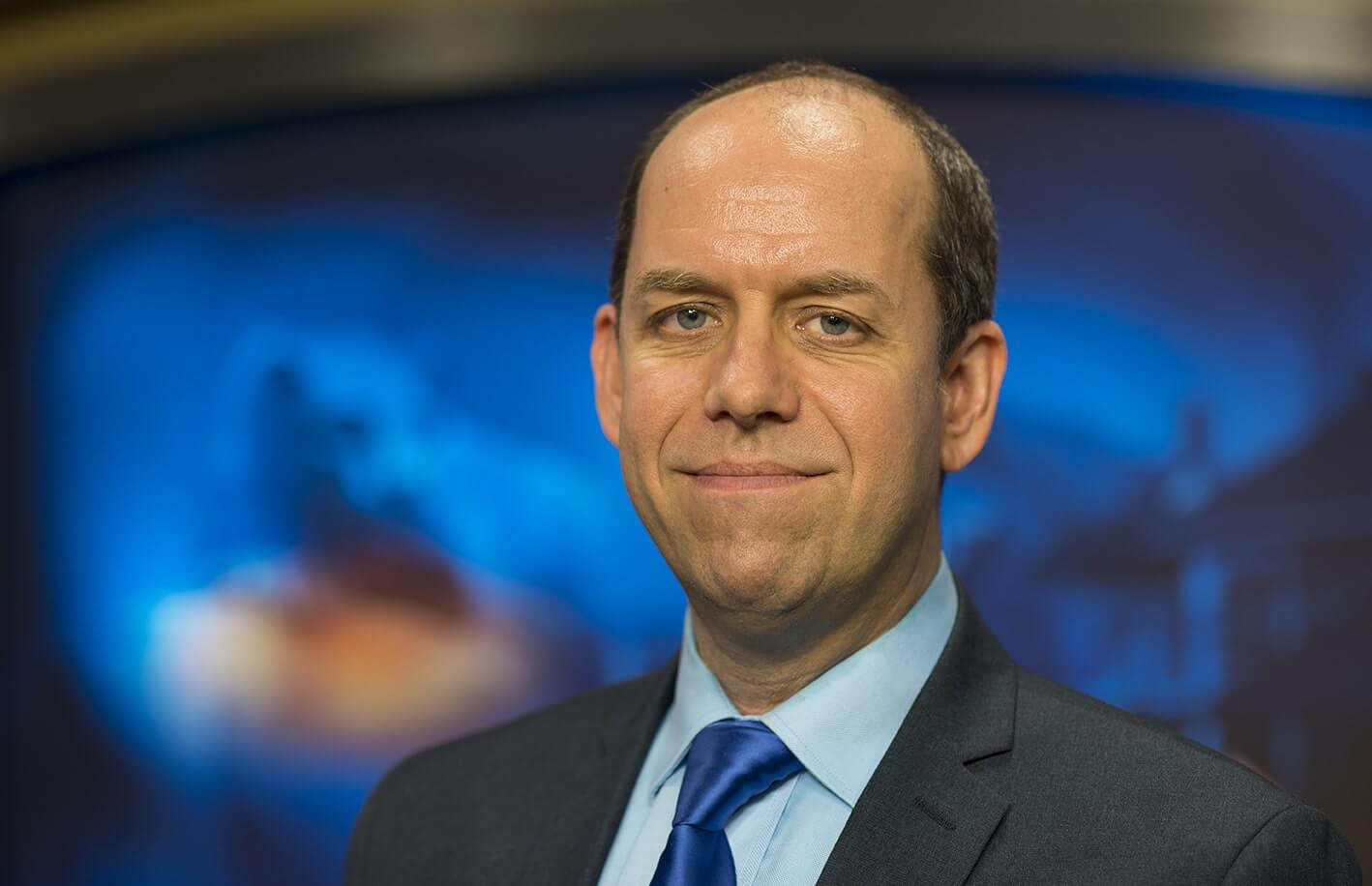 Dr. John Gastil is a Distinguished Professor in Communication Arts & Sciences and Political Science and Senior Scholar at the McCourtney Institute for Democracy at Penn State University.

He studies political deliberation and group decision making, and brings deep knowledge of models that can improve the responsiveness of government institutions to citizens.

Dr. Gastil is the author of several books, including Hope for Democracy: How Citizens Can Bring Reason Back Into Politics (with Katie Knobloch) and Legislature by Lot: Transformative Designs for Deliberative Governance (with Erik Olin Wright). He’s also the only expert in deliberation we know with two novels: a near-future political sci-fi tale (Gray Matters) and a literary tribute to gaming culture (Dungeon Party). 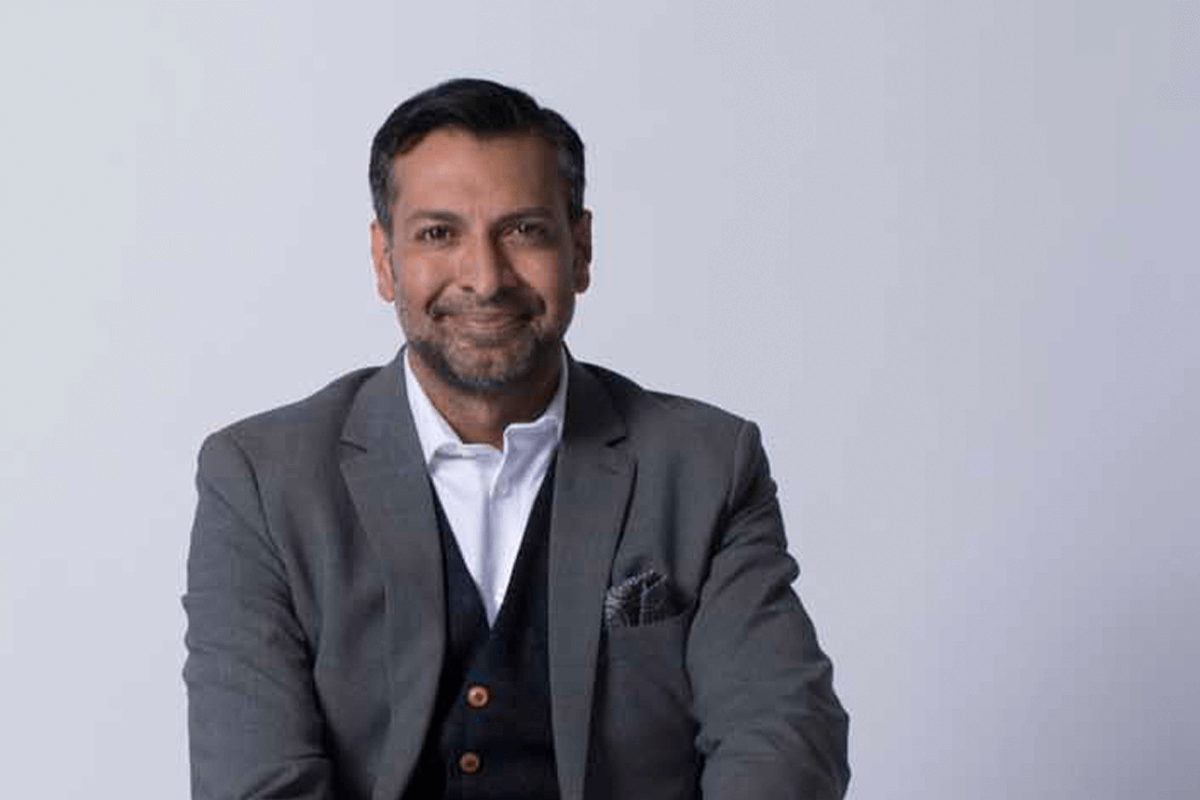 Riaz Patel is an Executive Producer/Director of TV series & media projects that create ‘perspective-shifting’ experiences for real people. He has been nominated for Two Emmy-Awards, an NAACP Image Award, a Women’s Image Network (WIN) Award for creatively leading shows like "How Do I Look?" for NBC/Universal, "How to Look Good Naked" for Lifetime, "Family SOS With Jo Frost" for TLC, "Race to Escape" for Discovery and many others. His shows have been filmed in twenty-one countries and distributed worldwide by companies like Discovery, A&E, MTV, NBC/Universal, Hulu, & Netflix. His most recent project, “The RAD Impact Awards” featured Priyanka Chopra, Margot Robbie, Charlize Theron, Laverne Cox & Travis Scott and earned 138.4 million impressions online. He is represented worldwide by ICM Partners. 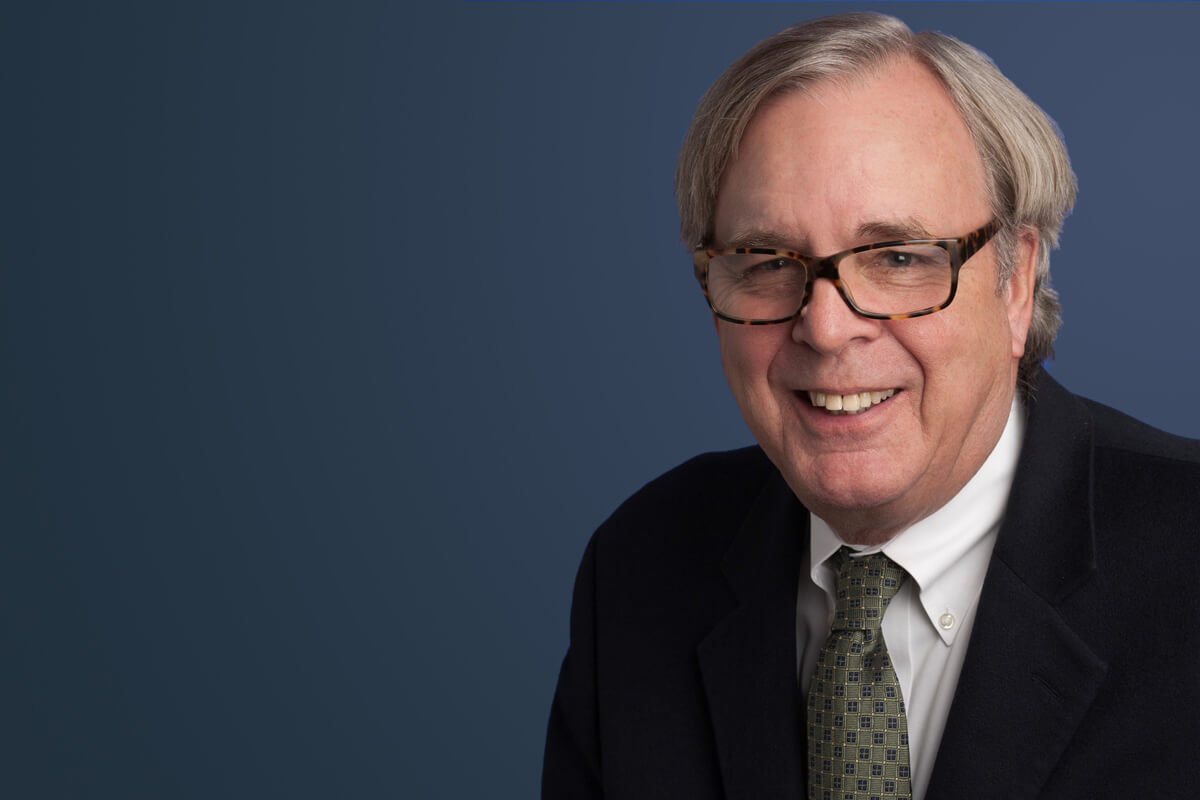 Peter Smith, Ed.D., currently serves as Senior Advisor to the President for Innovation and Orkand Chair at the University of Maryland Global Campus.

Just two years after earning his Bachelor of Arts from Princeton University in 1968, Smith led the effort to design and establish The Community College of Vermont, now entering its 50th year of operations.

He also served as founding president of California State University Monterey Bay from 1995 to 2005, Smith was responsible for building the university and guiding it through all stages of accreditation while raising nearly $100 million externally to academic buildings and programs.

After leaving Cal State Monterey Bay in 2005, Smith served as Assistant Director General for Education for the United Nations Educational, Scientific, and Cultural Organization in Paris, France where he was responsible for more than 700 staff located in 30 countries. 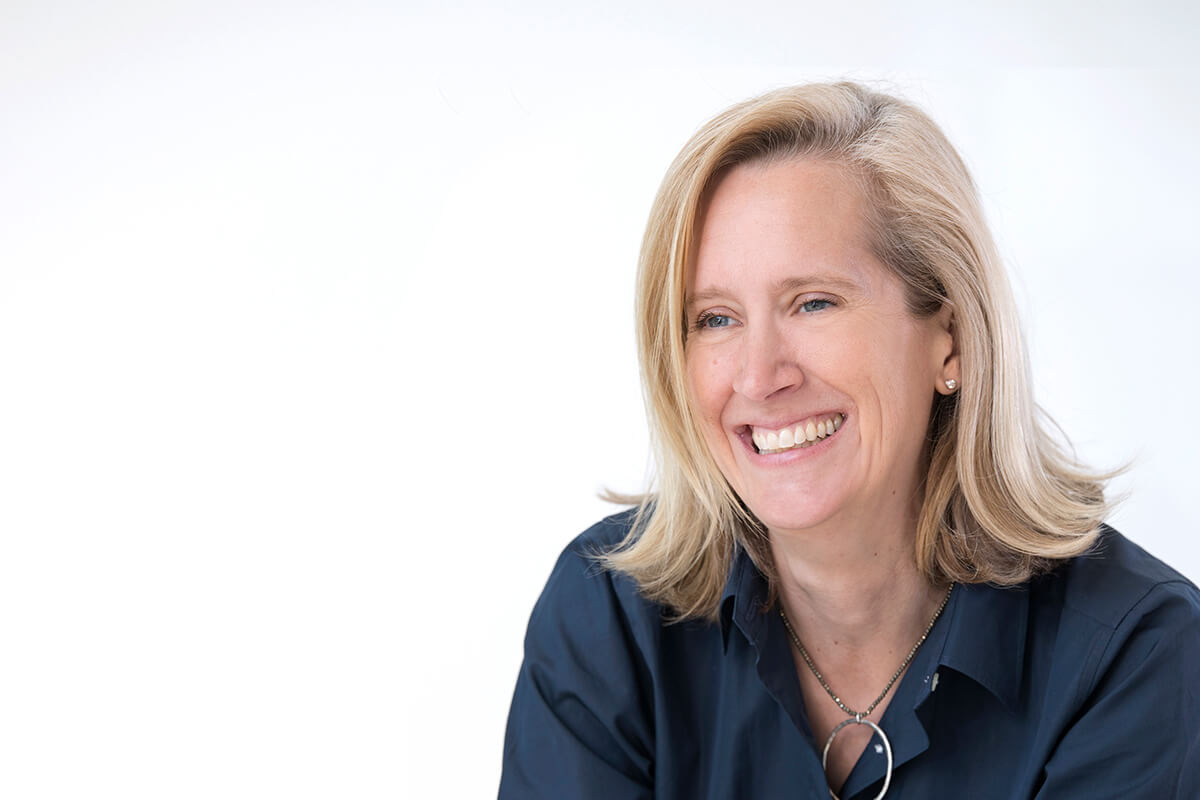 Betsy Armentrout became a Georgian over twenty years ago when she moved to Atlanta to attend the Goizueta Business School at Emory University. She co-founded GaVotingWorks.org in the summer of 2020. GaVotingWorks is a non-partisan effort that engages with Georgia businesses to promote and support employee voter participation. During 2020, GaVotingWorks provided much needed resources for a smooth, accessible, and efficient General Election and Senate Run-Offs.

Betsy also is the Co-Founder of The Violet Collective, a strategic consulting firm that focuses on a futurist approach to growth. Her work leverages emerging consumer needs and behaviors, while being grounded in today, to guide strategic planning and brand readiness.

Prior to The Violet Collective, Betsy worked with investment and acquisition beverage brands in the Venturing & Emerging Brands business unit at The Coca-Cola Company. She was responsible for providing marketing strategy support through insights generation, brand architecture development, and long-term planning. In addition to her Coke work, she consulted with some of the largest CPG firms in the United States during her time at the Capre Group. Betsy grew up in Michigan and received her BS from Miami University before calling Georgia home. She has served in various capacities to support non-profits in Atlanta such as the Fernbank Museum, Children’s Healthcare of Atlanta, and Forward Together. 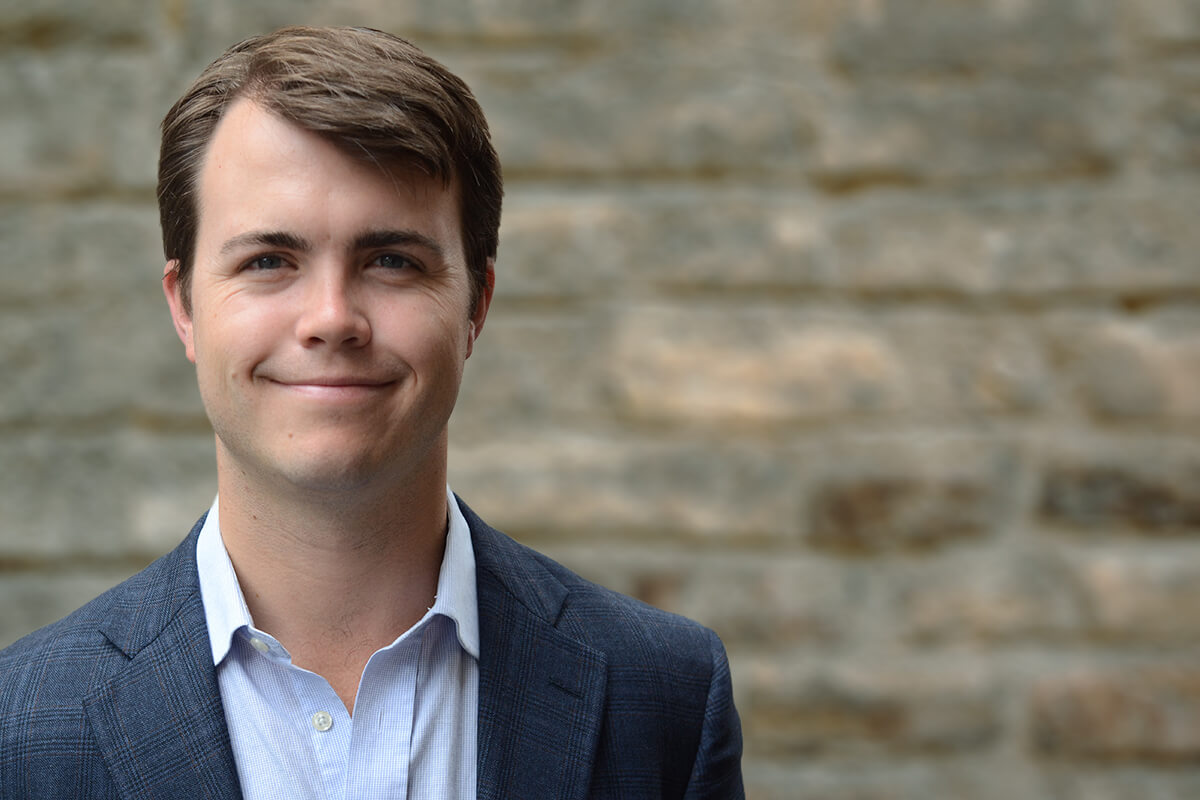 Taylor Chapman is a Principal at SEI Ventures, investing in education startups, and VP at its parent company, SEI. Prior to SEI, he led teams at Remind, an ed tech platform now used in over 80% of US schools; and at NationSwell, a B Corp dedicated to connecting mission-driven leaders across sectors and advancing pragmatic, cross-partisan solutions to America’s greatest challenges.

Early in his career, Taylor spent 4 years as a public school teacher via Teach for America and the JET program. After earning an MPP at Harvard Kennedy School, Taylor joined McKinsey’s New York office, where he led projects for clients ranging from Fortune 500 companies to urban school districts.

A fifth-generation Texan, Taylor now lives in Brooklyn with his wife and daughter (Osa, named for a 1930s explorer and photojournalist). He loves to surf and roam with his camera; he recently completed a project visiting the 40 termini of the NYC subway system + photographing the people, places and communities that lie at these “ends of the line.”

Democracy only works when we do – so let’s get started. Sign up to get tools, news, and invitations to special events that will help us all build a stronger future.